No items found.
Product is not available in this quantity.
OUR STORY
quality ingredients
it's magic
wage war
vision
Locked inside tea leaves are extravagant flavors.
We unlock them and make them available to you. 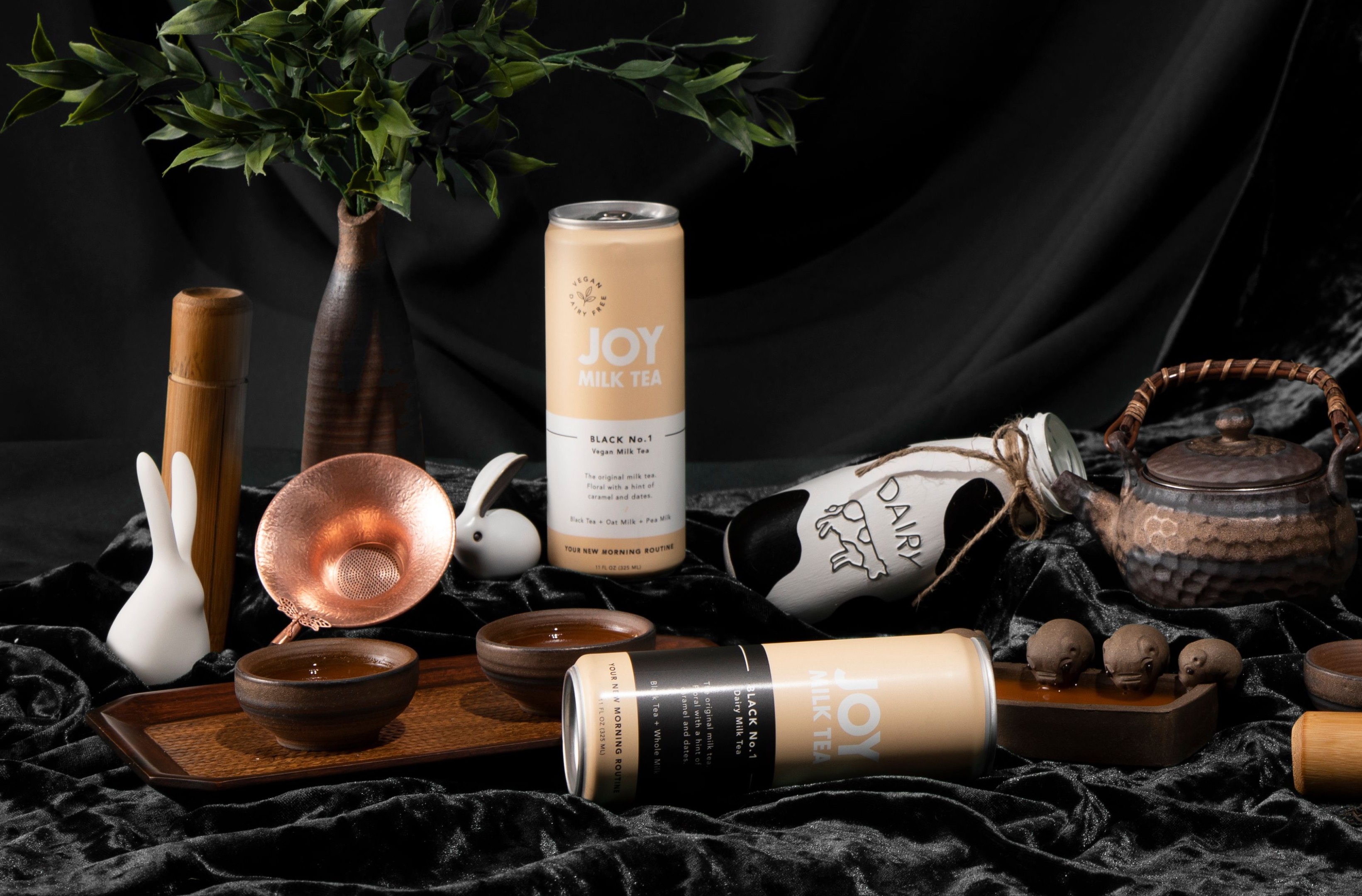 our story
In a parking lot of a coffee shop we decided we were fed up with drinking the same boring coffee everyday. In love we milk tea, we set out to break industry norms and create a milk tea that went against the grain. To make a product this country has never seen before but could fall in love with instantly.
i really don’t care if it’s trendy, if it has the next hottest ingredient or if it has 0 sugar and a bunch of fake SWEETENERS.
‍
I just care that it is a great milk tea.
- Our CEO on making Joy. He isn’t a fan of gimicks.
"
He also said this...
Yeah Joy tastes good, but the goal was to make something less sweet, more functional, and wildly unique compared to what people were getting at S********
- He needs an editor. Please help.
" 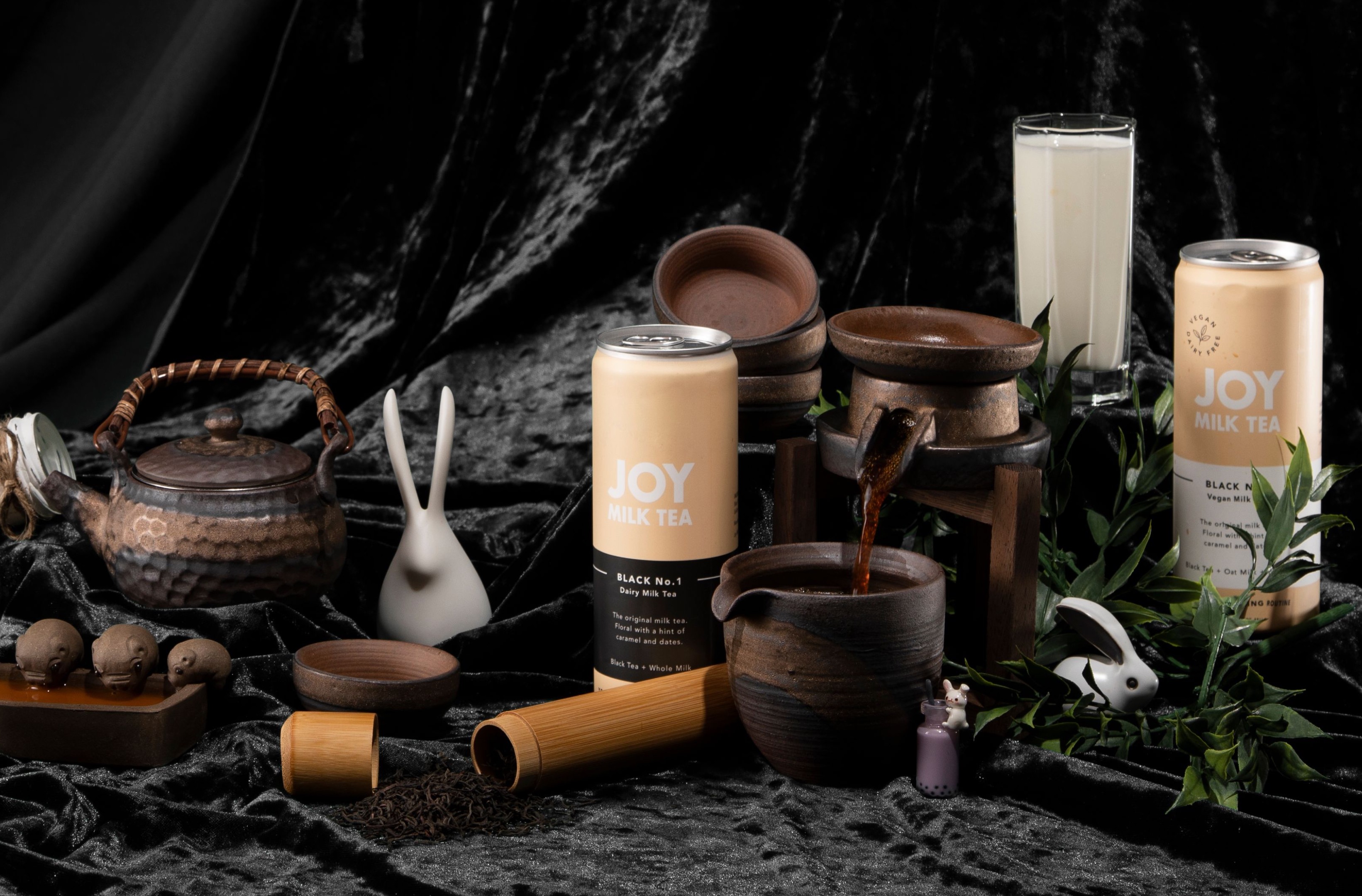 Literally everyone on planet earth was telling me not to use real tea. It made no sense, and it was pissing me off. I just had to use real tea.
- Our CEO on making Joy. He isn’t a fan of gimicks.
"
quality ingredients
You don’t want to drink something that cuts corners, that’s a fact. We drink milk tea everyday in part because of it’s health benefits so we didn’t want to ruin that with an abundance of stabilizers or flavors. We feel good about drinking milk tea and so should you.
I’m serious, everyone from the local tea shop to my own d*** importer was telling me not to use real tea. hello, im paying you. The people demand real tea.
"
SHOP MILK TEA 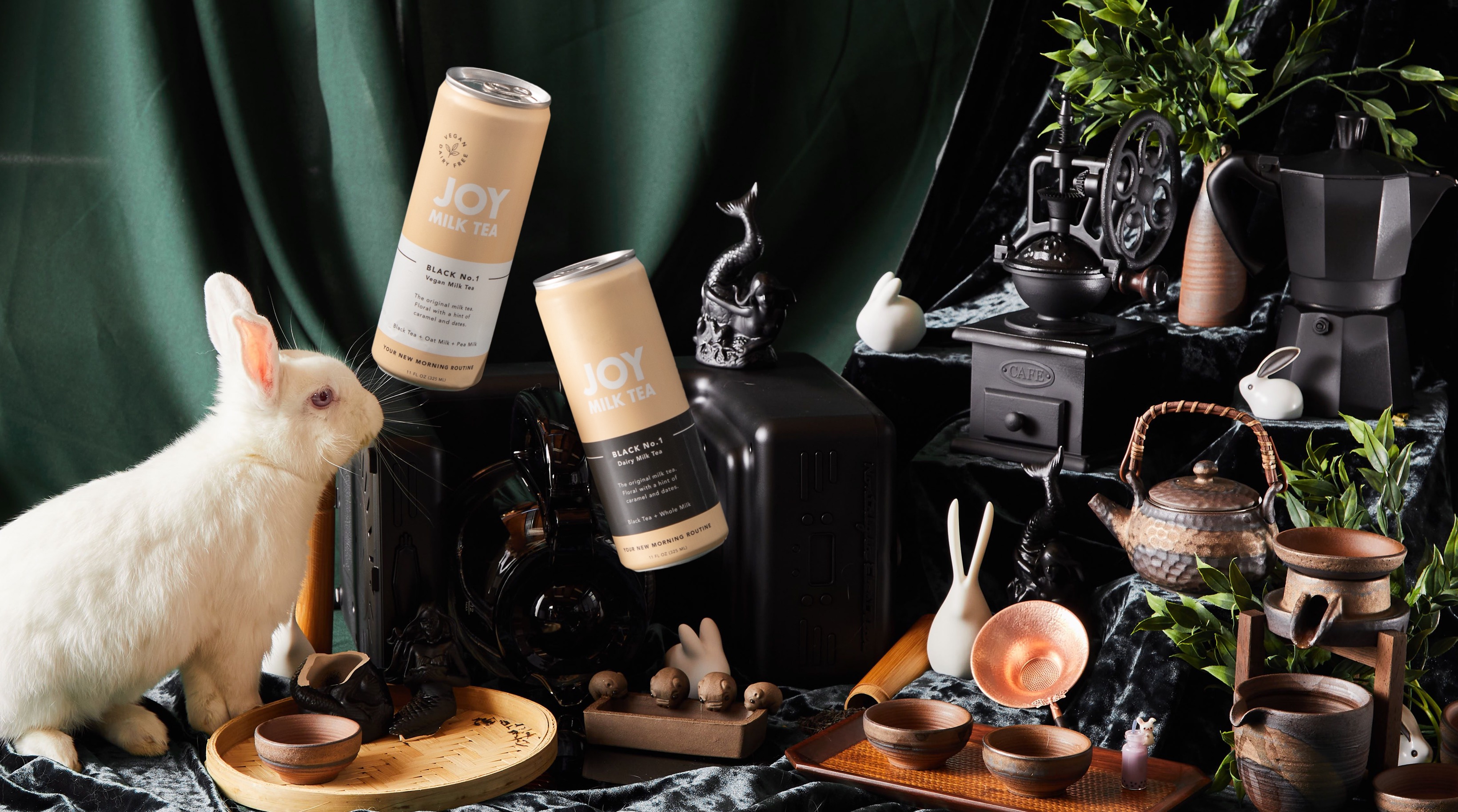 There is magic in milk tea
We crave it, it is the most comforting drink on earth and we couldn’t believe there was nothing. There was nothing that filled this need. We took it a step further because we obsessed about what made milk tea great. It’s got some really unique characteristics that we needed to capture. It’s refreshing and satisfying at the same time, its calming and energizing, and it's comforting and exciting. It’s magic, that's for sure.
there is nothing else i’d rather drink everyday than milk tea. Which sucked for me cause I couldn’t find it anywhere.
- Our CEO on making Joy. He isn’t a fan of gimicks.
"

wage war against the mundane
Joy is really about creating a new beverage experience in America, where coffee has really dominated. Milk tea has a rich history rooted in a handful of different cultures from European to Asian. Milk tea also provides the same, if not better, energy as coffee with the help of L-theanine. Which means you can easily replace your coffee ritual with a milk tea ritual instead.
there is nothing else i’d rather drink everyday than milk tea. Which sucked for me cause I couldn’t find it anywhere.
- Our CEO on making Joy. He isn’t a fan of gimicks.
"

vision
Our vision
AT JOY, WE WILL ALWAYS AND I MEAN ALWAYS COMPETE TOOTH AND NAIL TO CREATE THE VERY BEST MILK TEA EVER MADE. WE WILL CHANGE, WE WILL GROW, WE WILL ALWAYS FIGHT.
‍
THIS IS NOT A BRAND TO SLEEP ON, IT IS A BRAND TO BE A PART OF.
- He needs an editor. Please help.
"
SHOP MILK TEA
JOY MILK TEA
EXPLORE
HomeShop Milk TeaAbout usCaffeine + L-theanineFormulations Apply to club
FOLLOW
InstagramTwitter
CONNECT
Max@JoyMilkTea.com
(708) 774-4915
LET'S KEEP IN TOUCH
Thank you! Your submission has been received!
Oops! Something went wrong while submitting the form.
Mindfully crafted with love in the windy city
Copyright Joy Milk Tea LLC 2019
Terms & ConditionsShipping & ReturnsPrivacy Policy